Toyota Australia has today announced that it will initiate a safety recall on 2,121 Corolla vehicles produced from April 2004 to February 2007. 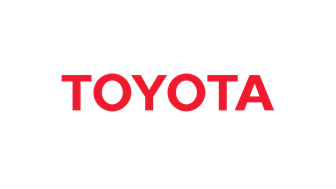 Toyota Australia has today announced that it will initiate a safety recall on 2,121 Corolla vehicles produced from April 2004 to February 2007.

This recall is due to a condition affecting the airbag electronic control unit (ECU).

The airbag system in the affected vehicles could experience electrical shorting that could damage the circuits in the system.

This could cause airbag warning lights to illuminate and the front airbag(s) and seatbelt pretensioners to become deactivated or cause those systems to inadvertently deploy. This could increase the risk of injury or crash.

Replacement parts for this recall are currently being prepared. Exact timing of parts availability will be confirmed as soon as possible.

Over half of the vehicles in this recall are also affected by today's announcement of the earlier initiation, for a limited number of models, of future Takata recalls.

Toyota Australia will notify all affected vehicle owners of both recalls by mail within the next few weeks advising them of the detail of this recall campaign.

Once replacement parts are available, Toyota Australia will again contact all affected vehicle owners, so they can make an appointment with their nearest/preferred Toyota dealer.

Toyota dealers will remove and replace the airbag ECU on all affected vehicles, which could take up to two hours.

Where applicable, Toyota dealers will also replace the front passenger Takata airbag inflator, which means it may be necessary to make the vehicle available for a longer period of time.

The recalls will be carried out free of charge.

There have been no incidents or injuries in Australia as a result of the airbag ECU condition.

Q1. What models are involved?

Note:
1) Although the involved vehicles are within the above VIN ranges, not all vehicles in these VIN ranges were sold in the Australian market.
2) (#) indicates additional check digit (alpha or numeric).

Q2. How many vehicles are involved?

A2. Approximately 2,121 vehicles are involved in Australia.

Q3. What was the production period of the involved vehicles?

A3. The involved vehicles were produced between April 2004 and February 2007.

Q4. What is the condition?

A4. The airbag system in the subject vehicles could experience electrical shorting that could damage the circuits in the system. This could cause airbag warning lights to illuminate and the front airbag(s) to become deactivated, or it could cause those airbag(s) to inadvertently deploy. These conditions can increase the risk of injury or crash.

Q5. Are there any symptoms/warnings before the condition appears in a vehicle?

A5. No, there are no symptoms/ warnings prior to the occurrence of this condition.

Q6. What does the remedy involve?

A6. Toyota will notify owners of affected Toyota vehicles to provide details of this recall campaign. At the time of parts availability, Toyota will again notify owners to make an appointment with any authorised Toyota Dealer to have the rectification completed. Expected commencement timing for this recall is the first quarter of 2019.

Toyota Dealers will replace the airbag electronic control unit FREE OF CHARGE to the vehicle owner.

Q7. How long will the remedy take?

A7. The remedy will take approximately two hours. However, depending upon the Dealer's work schedule, it may be necessary to make your vehicle available for a longer period of time.